Book a FREE
Assesment
Back
‹

PestCo’s hotline has reported a surge in calls to deal with rats as hungry rodents head indoors as winter sets in.

Rat numbers have exploded throughout the country after a long and dry spell of warm weather. While Kiwis enjoyed the record-breaking summer, a downside was it created ideal breeding conditions for rodents.

More rats are being spotted this year, with an increase in reports from the urban areas.

“As the temperature falls rodents will seek somewhere warm and cosy. Most people are unaware a rat only needs a gap that is no bigger than your thumb to squeeze under a door.”

Mike says people can do their bit to prevent rats entering a property. Trees often provided a means of entry for rats.

“Overhanging tree branches by roof lines can make it easy for rats to use as a springboard to leap onto a roof where they can easily gain access to the interior of a property.”

A female rat can have up to five litters a year and each litter can be up to 14 babies. The babies themselves start breeding at just a few months old. 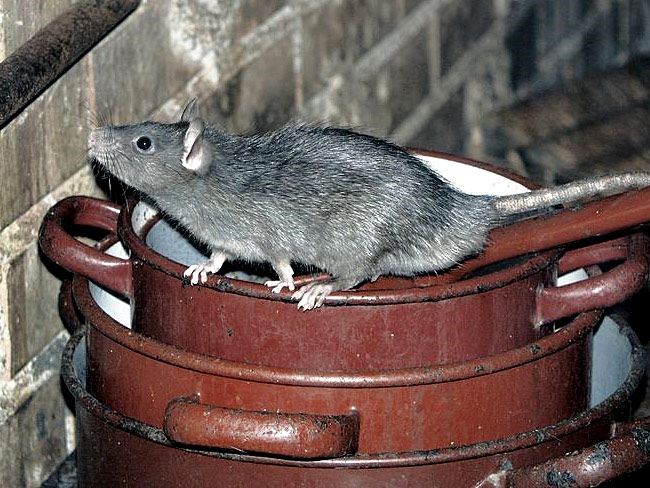 Rat numbers have exploded throughout the country after a long and dry spell of warm weather.

Mike uses the latest design in bait stations that are suitable for all locations. Each station carries a clear label and regular checks can be carried out to monitor rodent activity.

The bait stations are incredibly effective, he says. “They can be attached to fence lines and in other areas where rodent activity is suspected.”

New Zealand has committed to becoming predator-free by 2050, wiping out all introduced species of rats, mice, possums and stoats in a mere 32 years.

There are three species of rat in New Zealand, with the ship rat being the most common. Another species, Norway rats, are big enough to kill seabirds and capable of producing 22 offspring in one litter.